The ‘East York Hockey League’ was founded in September of 1944. Games commenced at “Dieppe Park” in January 1945 on 2 cushions of natural outdoor ice. Sponsors were sought, and teams were established by inserting a notice in the daily papers for East York boys wishing to play hockey. In 1946 Stan Wadlow was hired as ‘Director of Recreation’ and the league officially changed its name in 1947 to become ‘East York Hockey Association’. 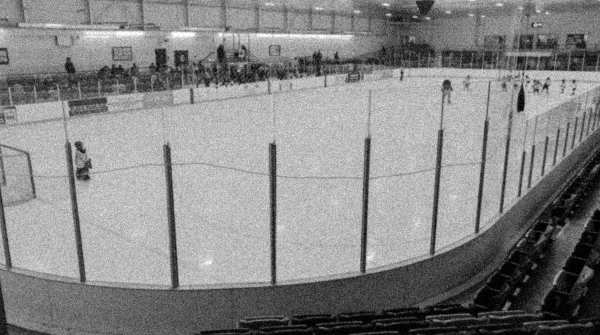 In 1947 the big sponsors were the ‘East York Fire Department’ as well as ‘Whipper Watson’s Whipper Pack’. Leagues were balanced to 4 teams each by adding recreation teams. Peewees played Saturday mornings and other series teams played Monday to Friday (weather conditions permitting). Various ideas were tried to improve the game. Lines were painted over the ice and worked well until the thaw came – and the lines ran all over the ice. Upon freezing the ice was an array of red white and blue.

Due to the executive, coaches and referees freezing while at the rink from 7:00AM to 10:00PM – small huts were placed between the rink with heaters inside. In the meantime members of the executive and local politicians were making a pitch for an indoor artificial ice arena. 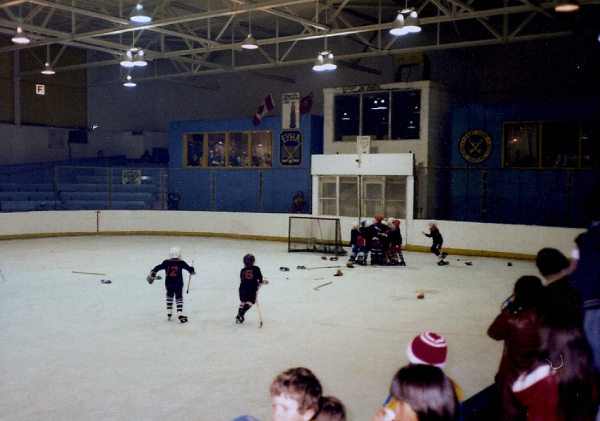 Due to the dedication and hard work of many volunteers, ‘East York Arena’ came into operation before the 1951-1952 season. The season opened with the ‘Toronto Maple Leafs’ playing a ‘Blue VS White’ game. Professional wrestling was also performed in the East York Arena with such names as ‘Whipper Billy Watson’, ‘Yukon Eric’ and many others. The volunteers and residents who unselfishly gave their time to make the ‘East York Arena’ what it is today deserve a lot of praise. I’m sure anyone involved over the years with the association wouldn’t have missed it for the world.